Sir Lucian Grainge is at the top of 2022 Billboard Power List, two years after he was named Billboard’s executive of the last decade. But this year, there’s a very different reason for his No. 1 ranking: his leadership of Universal Music Group’s historic debut as a public company. It wasn’t just the largest direct listing in the history of the music industry, but one that has helped lift the boats of many music companies — including those of Grainge’s fiercest rivals. The UMG chairman/CEO is one of nine honorees from the company this year, with the other eight also listed below.

The Euronext Amsterdam stock exchange, which traces its roots back to 1602, has a tradition of inviting corporate executives celebrating particular milestones — an initial public offering, a merger — to its trading floor to bang a gong, announcing the opening or closing of the day. But for Universal Music Group, which went public through a direct listing on the exchange in September, the Dutch government’s COVID-19 rules forced a rethink of the usual celebration.

“There had been a lot of debate right up until probably a week before as to whether we’d actually be able to fly to Amsterdam for the listing ceremony,” says Sir Lucian Grainge, chairman/CEO of UMG. Ultimately, Grainge and his team trudged to a Santa Monica, Calif., studio to livestream the ceremony at midnight local time, with one festive addition: a gong that executive vp/chief business administrator Will Tanous had airfreighted in. “I had the entire corporate team with me, all the people that had really done the heavy lifting on the work for the listing, and it was very exciting,” Grainge says. “But I can assure you, because of the time difference, that when we got home at about 2:30 in the morning, we all slept well.”

Universal’s direct listing was a watershed moment for both the world’s biggest music company and the industry at large, signaling a new era in the value of music as a financial asset. As of press time, UMG’s valuation stands at $53.9 billion. That figure was inconceivable when Grainge took over the top job at Universal in 2011 (just two years later, Vivendi rejected an $8.5 billion bid from Softbank for UMG), a time when the music business was approaching its nadir, shaken by a digital revolution that passed it by and not yet rescued by a streaming model that would bring it back to profitability.

It also validates the bold bets on talent and A&R that Grainge made over the past decade, which paid off particularly well in the past year. Universal surpassed its own benchmark from 2020, as albums released by its labels spent 38 weeks at No. 1 on the Billboard 200 in 2021, while UMG ended the year with eight of the top 10 artists on Billboard’s year-end Top Artists chart and seven of the top 10 albums on the year-end Billboard 200 chart, including the entire top five.

Grainge has also restructured his leadership ranks, elevating Tanous to his new position, while bringing in Richelle Parham as president of global e-commerce and business development and executive vp/chief of people and inclusion officer Eric Hutcherson as part of UMG’s executive board. Grainge also named new label heads at Def Jam (CEO Tunji Balogun), Island (co-CEOs Justin Eshak and Imran Majid) and Capitol (CEO Michelle Jubelirer), while spinning off Motown as a stand-alone, front-line label. It’s a balancing act that has, once again, proved to be a winning formula: UMG finished the year at No. 1 in distribution market share, a status it has held for over a decade, accounting for 37.89% of all current album consumption in the United States, according to MRC Data.

“When I joined the company almost 36 years ago, it would have been unimaginable the success, the breadth, the globalization, the quality of the teams and the value that we brought — we’ve reignited a lot of the creativity,” says Grainge, who is quite reinvigorated since being hospitalized with a severe COVID-19 case in March 2020. “If you look at the things that the company pulled off against the simultaneousness of a public listing, I’m proud of that.”

What was the period like leading up to Universal’s direct listing?

Complex and busy. I’ve got a phenomenal team working with me at the corporate center — Will Tanous, Boyd Muir, Jeff Harleston, Philippe Flageul. We separated the operating part of the business — artists, marketing, our international development — into a specific task force team just purely to focus on the listing. And they worked with what was, at the time, our majority shareholder, as well as the banks. We broke artists, we ran the business well, we invested all over the world in what I would call the core parts of our business, as well as this simultaneous strategy to create the listing. People always say to me, when they fly into Los Angeles, there are two simultaneous runways and when you’re landing you look over to your right or your left and you see another plane on the same trajectory. That’s what we achieved.

When that day arrived, what was going through your mind?

It was the culmination of years of talk about strategy and possibility. More than anything, it was a validation of our work, of everyone in the company who touches music and signs and develops and breaks artists, those who work with all the songwriters, and all the work we do digitally to encourage the marketplace, to create competition. And it was just a validation of everything that I stand for and, hopefully, our leadership position within the market.

Universal albums spent 38 weeks at No. 1 on the Billboard 200 this past year. What’s the significance of that for you?

The significance is that it wasn’t 39. Next year we’re going to have to try and do better for our artists. Our company is about what we invent, innovation; and it’s about how we execute those ideas. So artist development, writer development and then utilization of capital in the market to promote so that we give those artists the biggest opportunity for a global market.

Those albums came from newer artists and more established names. What does that say about the company right now?

It’s how we’re programmed. I’m also incredibly proud of what we achieved with ABBA. I’ve been begging them to write new material for probably 20 years, and for them to have achieved what they’ve done in the marketplace, with the global campaign, I’m immensely proud of them. And I believe that shows the depth of our networks and our relationships with all sorts of artists, whether it’s Elton John or Taylor Swift or Olivia Rodrigo.

In February, you signed a multifaceted deal with HYBE for a joint-venture label, a talent-search TV show and direct-to-fan communications. What will that let you do?

We started to develop a relationship with them on multilevel media several years ago. We worked with them as a group in Japan where we made a deal with them for BTS. And to me, it’s an extension of that relationship and the networks and the businesses that we’ve talked about funding with them on live, audiovisual, talent discovery, etc. I like to do multidimensional relationships, and I like entrepreneurs. I respect entrepreneurs. They push us.

Did that deal help pave the way to bring BTS to Universal?

Well, it didn’t hurt. It was an extension of our relationship with them and of their trust in us and of our belief in them.

There’s new leadership at several of your labels. What stuck out to you about these new CEOs?

Hunger. Ambition. Love of music. Drive. Entrepreneurialism. Competitiveness. We’re going into 2022 with a long-term strategy for a new stand-alone Motown under Ethiopia [Habtemariam]’s leadership, with fresh leadership and a new spring in their step at Capitol, fresh ideas and fresh leadership and an investment package for us to really drive forward culturally, musically and creatively at Def Jam and Island.

Did you specifically want executives with an A&R background at Def Jam and Island?

Yes. Because companies and labels that need cultural reinvention need to be run by music professionals that understand entrepreneurship and separating themselves from the pack, people that have the guts to back their own judgment. The music business is about music people, and I also take the view that all of the people within UMG have to be able to run a business, have to be able to say no and make tough decisions; but, at the same time, give real leadership and have followership. Followership as a leader, as a CEO — that’s what you need.

You mentioned Motown is now a stand-alone; no longer under the CMG umbrella, it will be able to act more independently. Why did you make that decision?

Because I think there’s growth in the marketplace and there’s real ability in the company and I wanted them to have a chance to fly. The dream would be to take it back to the powerhouse that it was decades ago. But that will take time and investment of people, of capital on the A&R side, but also capital to actually market these artists around the world. You know, investment isn’t just in artist advances. Investment is having the ability to use capital to invest in decisions; to move artists and ideas around the world; to advertise, market and promote. And that is what sometimes is either not discussed or taken for granted. At UMG, we don’t take it for granted.

You replaced Jeff Vaughn with Michelle Jubelirer as the head of Capitol after less than a year. Why?

It was just something I felt was necessary. I think very highly of Jeff. I like him very much. He’s extremely thoughtful and trustworthy, and I know that Jeff will have hits, and I anticipate he will be successful. He’s a very good guy.

[Michelle’s] got terrific followership. She has been an independent lawyer, she’s got phenomenal relationships with artists, and this is her shot at CEO and putting her stamp on the business. The staff, the teams, the artists, they’re excited about her, and I believe that now is the time for her.

Looking back on this past year, what are you most proud of?

There’s a lot to be proud of: the creative performance of the artists, the quality of the music that the artists delivered, the way in which the group continued to react to the pandemic. I think we’ve done a lot in social issues. Obviously, the listing is incredibly important. We rebranded and reintroduced Virgin as a distribution company operating worldwide. I’m thrilled that we brought in fresh blood, that we reinvented ourselves, that we were able to hire and recruit people from outside the industry at a time when there are far fewer travel and network possibilities. And I’m thrilled with what we’ve done with the labels. There’s a lot. In a very exciting and complex year, we’ve done it. When one will look back at this period of the company, I’m really proud of everything that everybody achieved. Everybody.

This story originally appeared in the Jan. 29, 2022, issue of Billboard. 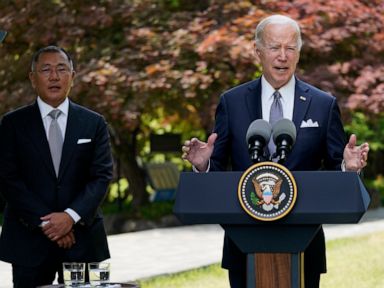 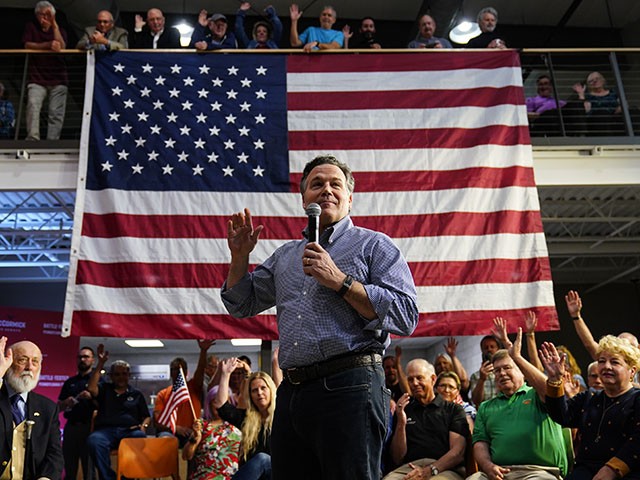 Biden tendng to business in SKorea visit with Hyundai exec 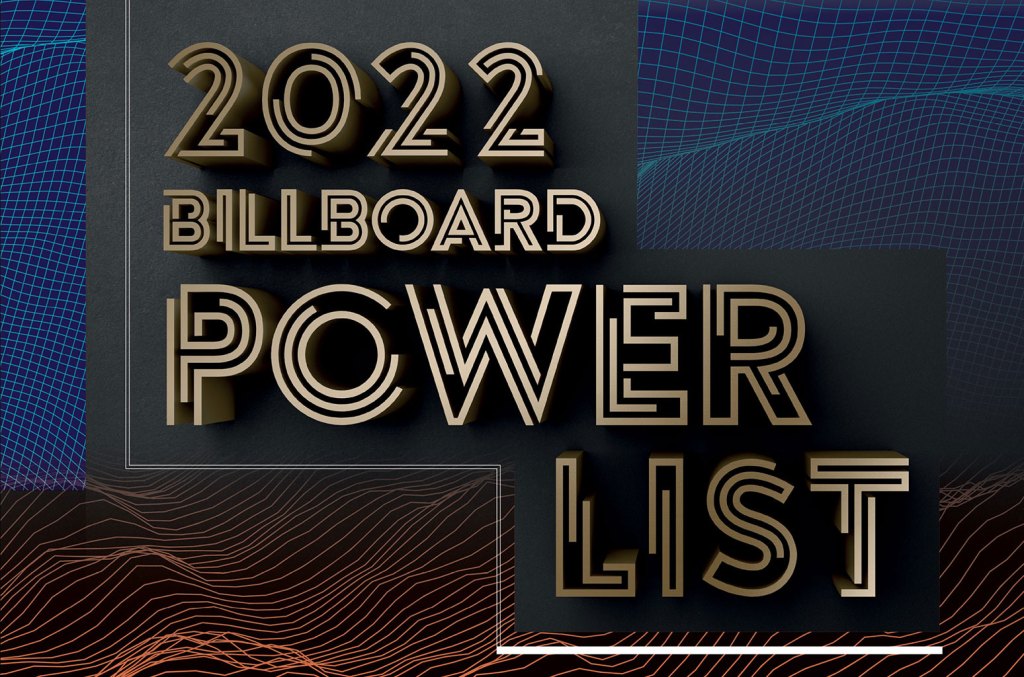 How AMC rode the meme stock rally to revitalize its business