The Texas A&M Aggies have been recruiting well. Can Texas A&M head coach Jimbo Fisher lead the Aggies to a national championship?

With the way Jimbo Fisher and the Texas A&M Aggies have been recruiting, it’d be fair to expect this team to win at a high level. As the Aggies have assembled the top-ranked recruiting class in the country, expectations are being elevated for Fisher and Texas A&M. Teams that recruit as well as Texas A&M has done this season don’t go 8-4, they tend to win considerably more frequently than that.

Anything less would be an incredible disappointment and would be the prime example of underachieving.

Fans are already raising expectations, so it shouldn’t come as a surprise that Texas A&M’s newest bunch of recruits would also set a high standard for themselves as well. According to a report from 247Sports, some new Aggies are all in on the concept of winning a national championship.

Bouie is part of a group that could end up being the best recruiting class in history, according to 247Sports. The immense amount of talent that Fisher and company have accumulated in this group could be a gamechanger for a program that is trying to find a way to break through in the SEC West.

Fisher might just have a sleeping giant in College Station. Or it’s possible that this group won’t pan out the way some are hoping. It’ll be fascinating to see if the Aggies can live up to their potential and set a new standard for their program.

For more NCAA football news, analysis, opinion and unique coverage by FanSided, including Heisman Trophy and College Football Playoff rankings, be sure to bookmark these pages. 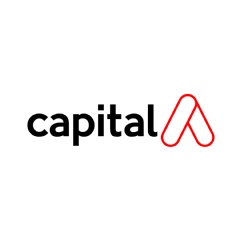