Every action has a consequence, and in the case of Spotify and its $100 million dollar deal with podcaster Joe Rogan, the fall out could be the streamer’s loss of Neil Young’s music. On Monday, Young posted an open letter asking that his music be removed from Spotify due to the unchecked Covid-19 misinformation on the platform. As Rolling Stone reported, Young addressed his record label and management, saying, “I am doing this because Spotify is spreading fake information about vaccines – potentially causing death to those who believe the disinformation being spread by them… Please act on this immediately today and keep me informed of the time schedule.”

Young’s letter has since been removed from his website. But his statement comes after several instances of Rogan, host of The Joe Rogan Experience, promoting baseless and/or scientifically incorrect claims about Covid-19. The Fear Factor host and UFC commentator has previously endorsed the use of ivermectin (not approved by the FDA for Covid treatment), hosted a scientist whose anti-vaccination claims have been discredited, and refuted a medical doctor’s warning against youth mortality rates by simply responding, “That is not what I’ve read before.”

Young added, “I want you to let Spotify know immediately TODAY that I want all my music off their platform… They can have Rogan or Young. Not both.”

The singer isn’t the only one to call out the app—or Rogan. Hundreds of doctors recently signed an open letter also calling for reform of the streamer’s policies. Spotify has removed a litany of misinformed pandemic podcast episodes as of late, including a few of Rogan’s. (The episode where Rogan interviews the scientist disseminating debunked information remains up, however.) As Young further noted in his letter, “With an estimated 11 million listeners per episode, JRE, which is hosted exclusively on Spotify, is the world’s largest podcast and has tremendous influence. Spotify has a responsibility to mitigate the spread of misinformation on its platform, though the company presently has no misinformation policy.”

As of publication, Young’s music remains on Spotify and no further editing of Rogan or The Joe Rogan Experience have occurred. But as always, you, too, have a choice. You can either listen to the man who gave us “Harvest Moon,” or the man who once encouraged grown adults to drink donkey semen for the opportunity to win $50,000.

Justin Kirkland
Justin Kirkland is a writer for Esquire, where he focuses on television, pop culture, food, and the south; he is from East Tennessee and currently lives in Brooklyn, New York.

This content is created and maintained by a third party, and imported onto this page to help users provide their email addresses. You may be able to find more information about this and similar content at piano.io 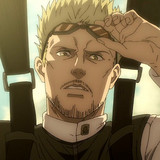