The Utah Jazz may have found a gem after the 2022 NBA draft by agreeing to a two-way contract with UCLA junior guard Johnny Juzang, per ESPN’s Adrian Wojnarowski.

Juzang was not selected during Thursday’s draft.

Scouting Report: Juzang didn’t make any notable improvement this season, though there could still be interest in a 6’5″ shot-maker who can connect off the catch and dribble. He just won’t add any rim pressure on defense.

At 6’5″ and 209 pounds, Juzang has an NBA-ready body that should help ease the transition to the next level. He can play on or off the ball offensively and is an efficient scorer.

Juzang burst on to the scene as a sophomore when he led UCLA on a run to the Final Four in 2021. He was the darling of the men’s NCAA tournament that season but opted to stay in school for another year to develop his game.

Juzang averaged 15.6 points, 4.7 rebounds and 1.8 assists for the Bruins while shooting 43.2 percent from the field and 36.0 percent from beyond the arc last season. As a three-year college player, he has the maturity to be an immediate contributor for the Jazz if he can find a way to make the roster. 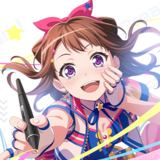