It is quiet in Lisbon, relatively speaking. The same streets that were teeming with tourists this time

, even impassable at times, now allow for wide berth. Even the precipitous, winding streets of Barrio Alto, with its (at best) foot wide sidewalks, seem spacious.

The seats of the Gulbenkian amphitheater, a mid-century modern theater, that sits on a carp pond ensconced by trees and surrounded by lush garden, are also more spaced out this year. One seat open, two seats taped off. Reducing capacity by two thirds is a big deal, but the Gulbenkian Foundation has taken health measures seriously, from social distancing to requiring masks for the entire time anyone is in the theater. However, it is worth it to continue the tradition of the Jazz em Agosto in light of the global pandemic that has impacted just about every aspect of public life this past year. It is also worth noting that Jazz em Agosto is not necessarily happening this year either … rather Jazz 2020 is a modified, re-thought festival, both more local and more spread out than Jazz em Agosto, with a solid roster of Portuguese musicians and groups peppered over two weekends in Lisbon and the cities of Porto and Coimbra.

It is around 6 p.m. on the first night of shows (like Jazz em Agosto, there are shows Friday – Sunday on two consecutive weekends) and the evening big-band, Coreto, from Porto, is sound-checking. It’s exciting to hear some live music – even if it’s just snippets – in the air.

The Jazz em Agosto concerts, which have been going on for 36 editions, and number 37 was ready to go. “We were going to announce the line-up,” says Nevers, “but it became obvious that it couldn’t happen as planned, so we decided to do something different.”

At the at the start of the pandemic, the Gulbenkian Foundation put together funding to support artists, José Pinto, Deputy Director, Calouste Gulbenkian Foundation Music Department, adds. Then, re-thinking the festival concept, they began to work in cooperation with the Jazz ao Centro Clube (JACC) in Coimbra and Porto Jazz in Porto, two groups that support musicians and create opportunities in their respective regions of the country, and organized Jazz 2020, featuring more local talent.

The local focus is nothing to sniff at says Neves, “in the past few/five years the level of musicianship has really gone up.” In fact, readers of this publication will have no trouble identifying albums and musicians that support this sentiment. Especially in regards to labels like Lisbon’s own Clean Feed, Creative Sources, and Coimbra’s Cipsela, to just name a few, the impact of the region on improvised and avant garde jazz has been astounding. Pinto added with a bit of irony, that if that there is one good thing from this situation, is that it is nice to show off these musicians.

The band is finishing up their soundcheck, as the bits and pieces wafting over the empty seats subsides. Soon enough, those seats will be full, as the weekend’s concerts are already sold out.

The day was cooling off, the breeze was picking up. The sky a deep purple and a few bats flittering in the air above the stage reflect from the lights below. The amphitheater has a calming atmosphere, the trees towering over and the orange glow on the stage makes it feels cozy. The band emerges from a stair well that pops out of the lawn behind the stage and take to their instruments. Coreto is a 12-piece band led by saxophonist/flutist and composer João Pedro Brandão. The band members arrange themselves in two layers: a semi circle of wind instruments: alto sax, two tenor sax, baritone sax, two trumpets, and two trombones, and in front, piano, guitar, bass, and drums. It is a big group with a lot of musical possibilities, of which Brandão’s compositions and arrangements makes expert use.

The group opens with a repeated arpeggiated figure played by the guitar. This is overlaid with a somber melodic line from the horns, chord tones shift a bit and then the ostinato moves to the piano and the group kicks in with a graceful lumbering melody. The first solo passage is from trumpeter Ricardo Formoso, who introduces flowing lines over the undulating rhythm. The next piece begins with an austere bass figure, which is soon joined by a languid, full-bodied melody. The tune could almost be described as smooth, except there is some rhythmic mischief happening. Ripples of polyrhythms bubble up under the smooth surface. These figures grow stronger, a more forceful presence measure-by-measure. When trumpeter Susana Silva Santos takes over the solo line, she overlays elongated tones with touches of dissonance. The accompaniment reduces to the front-line, which helps the trumpeter outline the unseen edges of the music. A promising start, by all means.

The next tune began in the free jazz tradition with blips and whooshes, percussive taps, and spluttering horns. Soon solidified by a bass and drum pattern, the reeds take over with an interval leaping melody. Guitarist AP takes the first solo, playing with an effected modern jazz guitar tone, he builds slowly and without flash, slowly picking up tempo and playing denser and denser lines until reaching a solid peak. Then, there is a contrast for Andrea Santos’ trombone solo, which she plays over a much starker accompaniment.

The fourth tune was perhaps a centerpiece, not just in the timing of the generous hour and a half show, but also from the recording that most of the songs of the evening’s show were sourced. Analog, from 2017, and out on the Porta Jazz label, is built around Brandão’s music. The songs are detailed, and robust combinations of styles and approaches, appropriating a lot from traditional big band voicings and tropes, but interjecting unusual transitions, unexpected twists, and shifting time signatures that keep the listener hooked. There is plenty of room for improvisation, which all of the players use to breath even more life into the songs. However, back to the fourth tune, ‘Analog II: SOS,’ begins with a series of ‘bits’ of morse-code, overlaid with a recorded voice over saying “rhythm is the key to good sending. If your code is to mean anything to others over the radio-net, then you have got to sent rhythmically.” A bit tongue-in-cheek, but also seemingly a mission statement for the group.

The band has the potential for creating a powerful sound, but this is approached with discretion. Precision, smart arrangements, and a mindfulness of tradition, and of each other, helps craft their use use of volume and balance. No one voice dominates, though there are some stand-out moments. For example, on a later piece pianist Hugo Raro’s near solo interlude is one. With his hands in seeming disagreement, he developed an off-kilter and delicate melody leading back to the powerful entry of Rui Teixeria on baritone sax. To interject one criticism, there were also moments of near schlock too, purposely so, but after stronger moments like the aforementioned one, the lightness of these moments seemed a bit too lite. Coreto wrapped up with a tune that featured a powerful, edge trombone solo from Diniel Dias and an engaging moment with Brandão on flute and the other horns providing squiggling accompaniment.

So, perhaps the concert could be seen as a wonderful re-entry to live music for many in attendance. Set in the amphitheater against the lush gardens, with generous musical arrangements from the stage, and a socially distanced audience ready for the experience, there was little more to hope for – except for maybe no global pandemic.

Flash flooding and heat in the Northeast, heat wave and wildfires in the West – National News 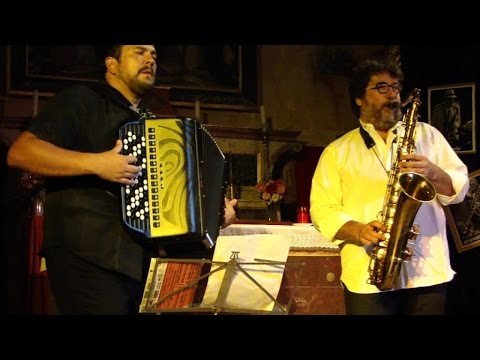 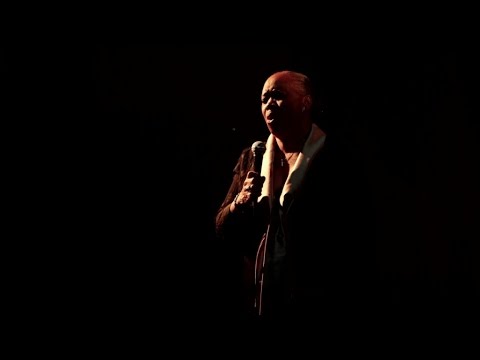