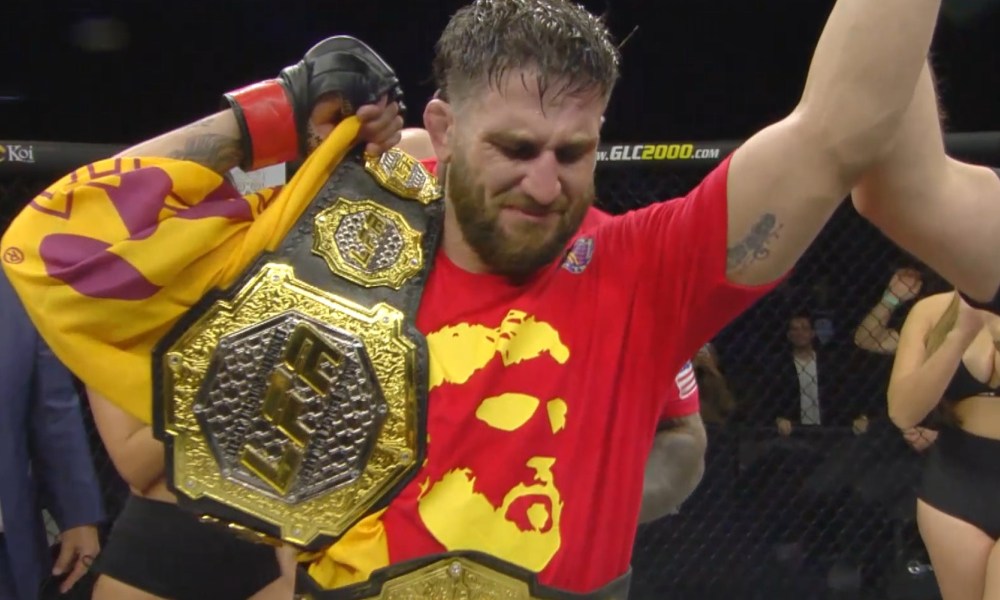 Josh Silveira spent his entire life planning for a career as a professional fighter. He just didn’t know it.

The son of American Top Team head coach Marcus “Conan” Silveira, Josh was never pressured to compete, but as he got older, he realized with his background, turning pro was at least an option.

“I got a little older and realized, holy crap, this thing is a lot bigger than what I thought it was ever going to be. I thought it was just very in-house back in the day and it was a family thing.”

Silveira’s pro run has been quite impressive this far. He’s a reigning double champ for LFA, holding the promotion’s light heavyweight and middleweight titles. He’s undefeated through seven pro fights, earning four of those wins via submission and another two by knockout.

It’s a skillset that the 29-year-old credits to a true lifetime of training.

“I actually don’t really remember my first class,” Silveira said. “I remember the first memories of jiu-jitsu just being in a gym. My dad didn’t even have his own gym at the time. I remember being in like a school gym or something. I just remember red mats everywhere. I think there’s a video of, like, 1994 on my Instagram and me running around. I was just one of those babies, man, just running around, falling down. My dad would sometimes teach classes with me in his arm, so jiu-jitsu has always been in my life. It was something that I thought was a necessity. I thought everyone knew it.

“Growing up, I thought everyone knew, like, a rear-naked choke or armbar. I didn’t realize it, but not everyone does this, you know? I mean, Carlson Gracie used to be around at the house, man. He’s always been family to us, and I just had all these pioneers. I grew up with them, not knowing that they’re legends now.”

Now it’s Silveira’s turn to try and earn that status.

While he already boasts a pair of belts for LFA, Silveira (7-0) now has his sights set on PFL’s annual $1 million prize. It’s a journey he’ll begin through the promotion’s brand new PFL Challenger Series, which debuts on Fubo Sports Network on Feb. 18.

Each week, eight contestants meet in four individual bouts, and one winner is selected among the bunch to receive either a developmental deal with the organization or even direct entry into a future PFL season.

While Silveira doesn’t want to sound overly confident, he believes he’s ready for the full experience of a regular season run in the light heavyweight division.

“I’m a humble guy,” Silveira said. “I’ve been around this sport for a long time. I know I don’t have the record to show it, but I’ve been around a long time and I train with a lot of the guys who went to previous PFL playoffs, a lot of guys who are in the season this year. I’ve trained with a bunch of guys in the UFC. American Top Team, if you want no false sense of confidence, man, you come here because here it’s a reality check, you know? I think for a fighter, that’s one of the best things a fighter can work on. You know, don’t give yourself a false sense of confidence, and over here, there’s none of that.

“I just push myself every day over here, and I have so many guys around me that are successful that I know I’m ready for the tournament. I know my chances in my mind, and the way I believe in myself, I know my chances are through the roof.”

Silveira has to earn his way into the field, first, and that opportunity comes on Feb. 18. But if his early success is any indication, Silveira has a real chance at making a splash.

“I’ve got to thank everybody who’s been with me on this journey,” Silveira said. “I know it’s a long journey. It’s a bumpy road sometimes, but I feel like I’m exactly where I need to be. I don’t feel like I’m too late to the party or too early, and I think the world’s going to be really excited.”