EGLD investors may finally get a win, is Elrond’s latest development the reason

Elrond [EGLD] recently took its “new internet” blockchain mission by securing a partnership with Opera. Daniel Serb, head of business development for Elrond, released a statement related to the same. He stated that the collaboration was a move to grant users of the multi-platform browser access to its blockchain and Decentralized Applications (DApps).

In addition, the partnership would allow Opera to integrate a non-custodial wallet via the EGLD chain. Interestingly, Elrond became the ninth blockchain to be added by Opera. The likes of Polygon [MATIC], and Solana [SOL] had earlier joined the crew.

Elrond, 91.22% down from its All-time High (ATH) seemed to react positively to the development. Based on information from CoinMarketCap, EGLD had increased 3.48% since the news broke out.

Is it finally time for a win?

While a price increase could be positive for investors, all was not completely well with EDLG. The aforementioned price tracking platform showed that there had been a 28.26% decrease in EGLD’s 24-hour trading volume.

On the charts, the investor belief in EGLD did not seem solid enough. Based on the Chaikin Money Flow (CMF), EGLD was at a low level of -0.08. This indicated that investors had been tracing back on pumping large sums into the EGLD ecosystem. 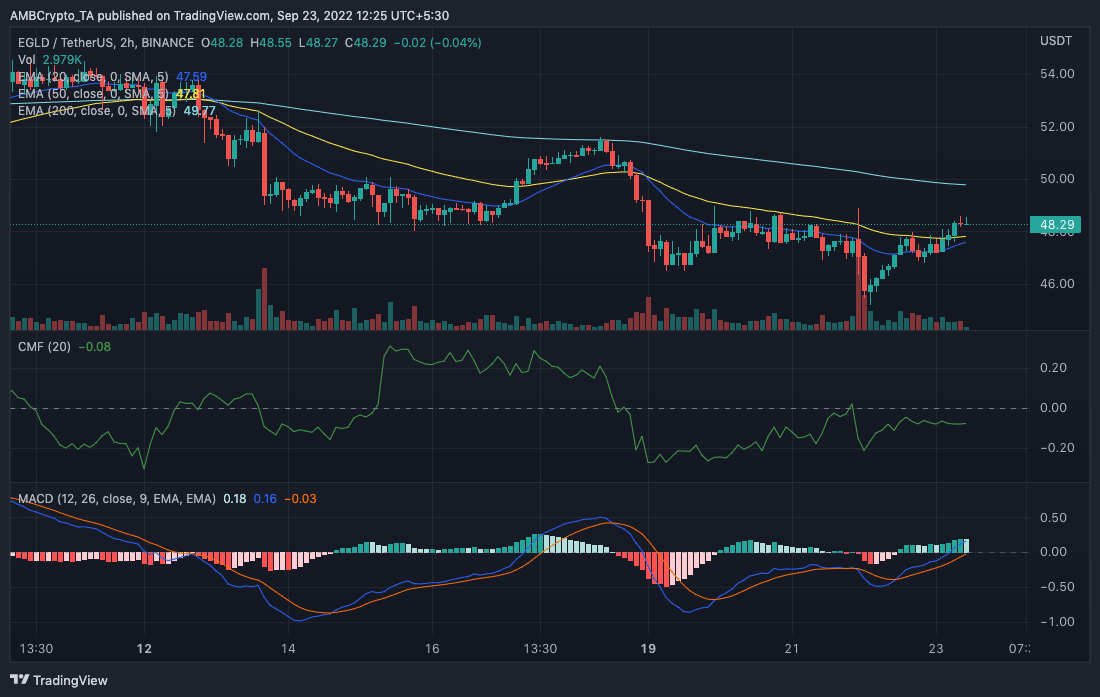 Contrary to the CMF, the Moving Average Convergence Divergence (MACD) indicated that EGLD could sustain the current bullish traits. According to the MACD signals, the buyers’ strength (blue) was far more than the sellers (orange). For this reason, the MACD was on the positive side at 0.18.

Moreover, these contrasting indications may mean EGLD’s current stance could go either way. As for the Exponential Moving Average (EMA), the short and long-term projections were on conflicting sides. Based on the four-hour chart, the 50-day EMA maintained a position above the 20-day EMA. Hence, the recent uptick may be short-lived.

Per the longer time frame, investors who wait may enjoy the dividends of patience. This is because the 200 EMA stood solid above both the 20 EMA and 50 EMA.

Going-in on-chain, Elrond seemed to have improved. According to Santiment, EGLD’s volume had increased from 33.95 million on 21 September to 42.91 million at press time. Similarly, its NFT activities have also been relatively impressive lately. While the total NFT volume was only $185,000 on 21 September, it was worth $612,000 at press time.

Ser Suzuki Shillsalot has 8 years of experience working as a Senior Investigative journalist at The SpamBot Times. He completed a two-hour course in journalism from a popular YouTube video and was one of the few to give it a positive rating.
Shillsalot’s writings mainly focus on shilling his favourite cryptos and trolling anyone who disagrees with him.
P.S – There is a slight possibility the profile pic is AI-generated. You see, this account is primarily used by our freelancer writers and they wish to remain anonymous.
Wait, are they Satoshi? :/ 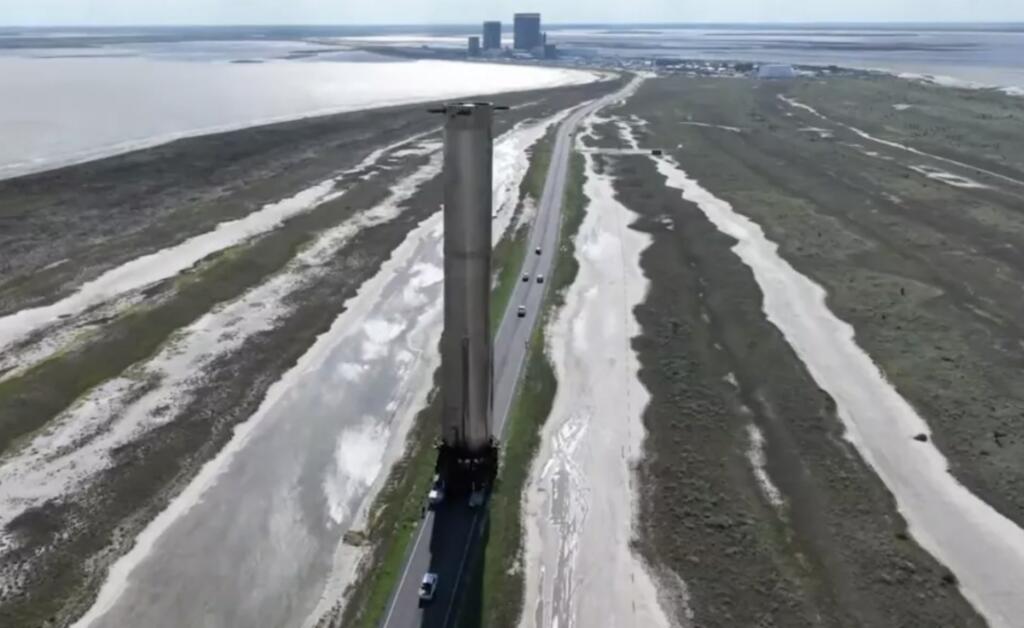 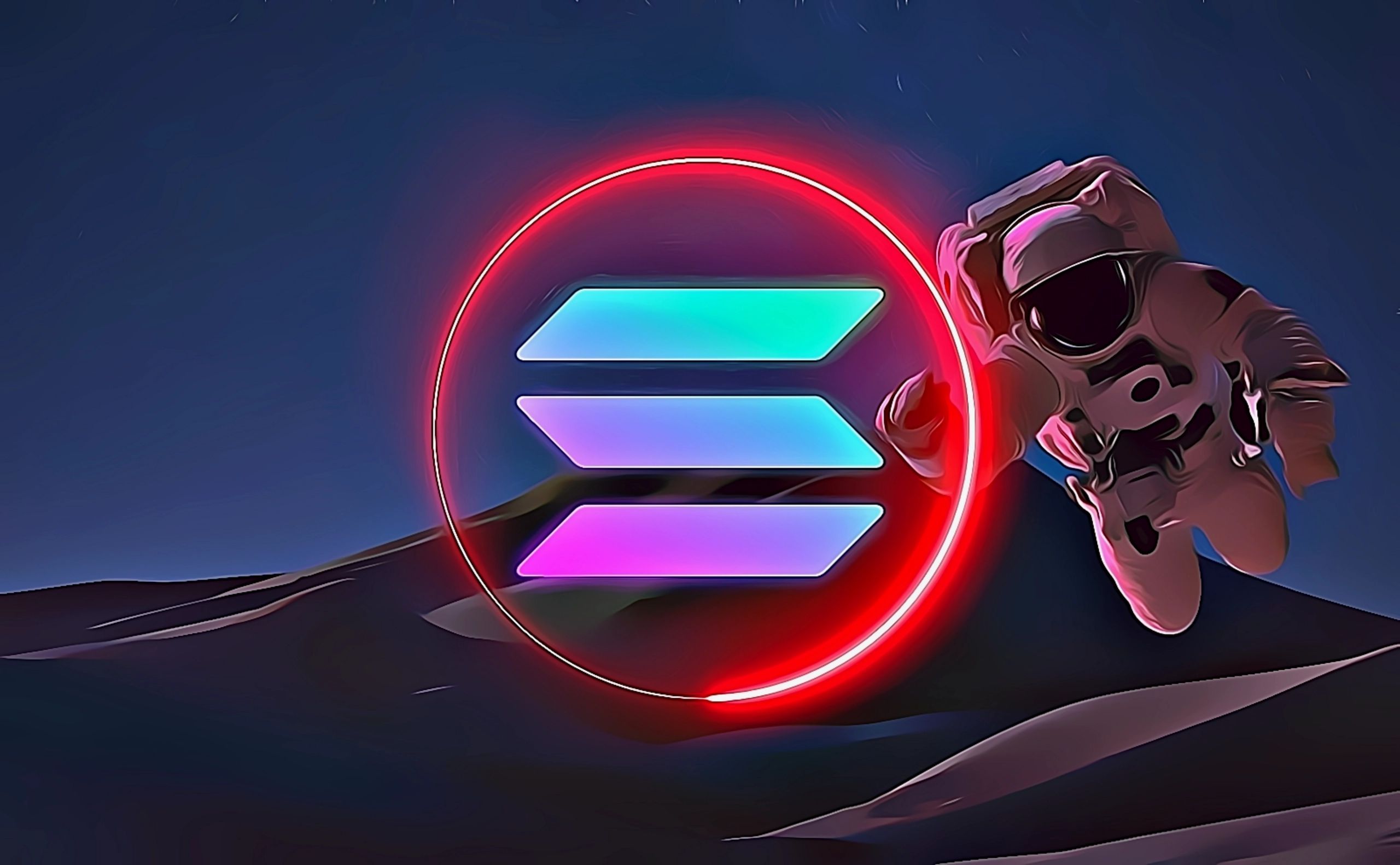