As we enter another week of lockdown, the question ‘where was this album recorded?’, always an interesting one, takes on greater resonance. At the best of times music is made in the gaps between other, often more pressing, lives: family, gigs, hustling. It’s often the location that defines the music. House music, Garage music, Loft music, the Basement tapes. And particularly at the moment, when location is defined and qualified by an invisible pathogen, place has taken on unpredictable and unfamiliar layers of meaning. Viktor Skokic’s first album for the Norwegian imprint Jazzland Recordings is another basement tape, recorded downstairs in Hornstull, Stockholm. And despite having been recorded before the current situation it has, like much good music, something to say to us about where we are now.

“The music demanded that I put myself in a kind of receptive calm in the space between life with a baby daughter and late jazz gigs. It was a challenge requiring focus and reflection” he says. Well, that’s one compromise I imagine Viktor currently doesn’t have to ponder, but the point remains that place defines music.

At the risk of stretching this analogy to breaking point, the abstracted cover art of Viktor’s first album as a leader, Basement Music, is compartmentalised, like the floorplan of a house, or the acoustic panels dividing a studio. The piano seems to inhabit the centre of the image, and the fine group playing on the album revolves around Rasmus Borg’s probing keys. Bass player/composer Viktor’s music is investigative, tip-toeing carefully from room to room, until it finds its proper place, only then allowing the individual musicians ‘room’ to express their talent. The mood is low key and claustrophobic, with a nod to the post-bop recordings of Eric Dolphy and Booker Ervin that defined the growing uncertainties of the early 60s: appropriate to these times.

The playing is of a consistently high standard on the demanding charts. Listen to the ever-excellent Emil Strandberg’s trumpet on the sinuous Hoppla, or the excellent bass clarinet playing by Thomas Backman and Alberto Pinton on Tre (two bass clarinets!). Skokic’s bass meshes with Christopher Cantillo’s clean stickwork, propelling the album onward. But the overall impression is of the group dynamic and the tension and drama of the performance which only finds release in the final piece, Jazz, a jaunty, off-kilter dance in the spirit of Dick Twardzik.

There’s much to love on Viktor Skokic’s own name debut. Not least that it eschews modern trends and goes it’s own way, following the personality of its author. Let’s hope he continues in this vein, and even gets to come out of the basement…

Chet Baker – Once Upon a Summertime 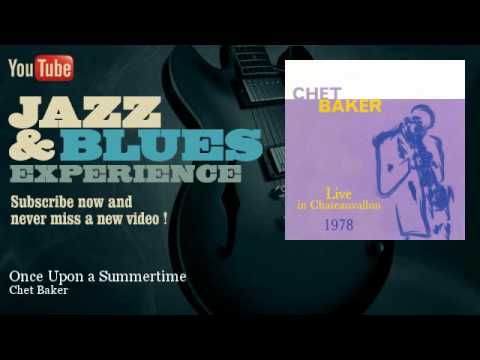